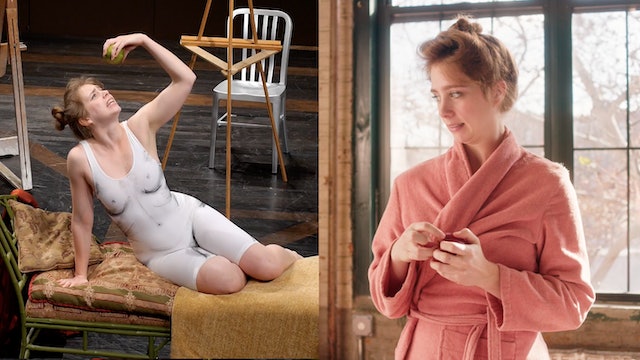 Final week! Ends June 1st. Actress and creator Charlotte Bydwell adapts her one woman show for the screen, presented side by side with the theatrical performance.

A peaceful morning of art-making turns into a highly inappropriate roundtable discussion as three male artists let their mouths run amuck in front of an unsuspecting female model. The aftermath of childbirth, the number of hot Jennifers in Hollywood and the model’s very own cellulite all get a mention as they sketch the hours away... oblivious to the discrepancy between the sensitivity of their brushwork and the crudeness of their thinking. Actress and creator, Charlotte Bydwell, is featured in all the roles — shifting from the overly demure young model to each of the wildly offensive men, and back again.

The material is drawn from a live solo show created and performed by Charlotte Bydwell across California and New York. In the live version, Charlotte embodies the characters wearing a simple white unitard with sharp black sketch marks along the outlines of her musculature (as well as her more private areas); thus she appears to be both a model and a painting. Then, with nothing but her body, she reveals the three male artists to us using purely physicality and expertly choreographed shifts in space.

In making the film, the goal was to retain the theatricality of the stage work by experimenting with stage makeup on screen; instead of using prosthetics or heavily layered makeup, the men's features are drawn onto Charlotte's face as they would be for a theatrical production.The wigs and beards are not perfectly fitted, with netting visible around the edges, to remind the audience that this is a "play". Ultimately, the goal is to blur the lines between the male perpetrators and their female victim; for us the remember that the male gaze is being investigated through the lens of a female story-teller. 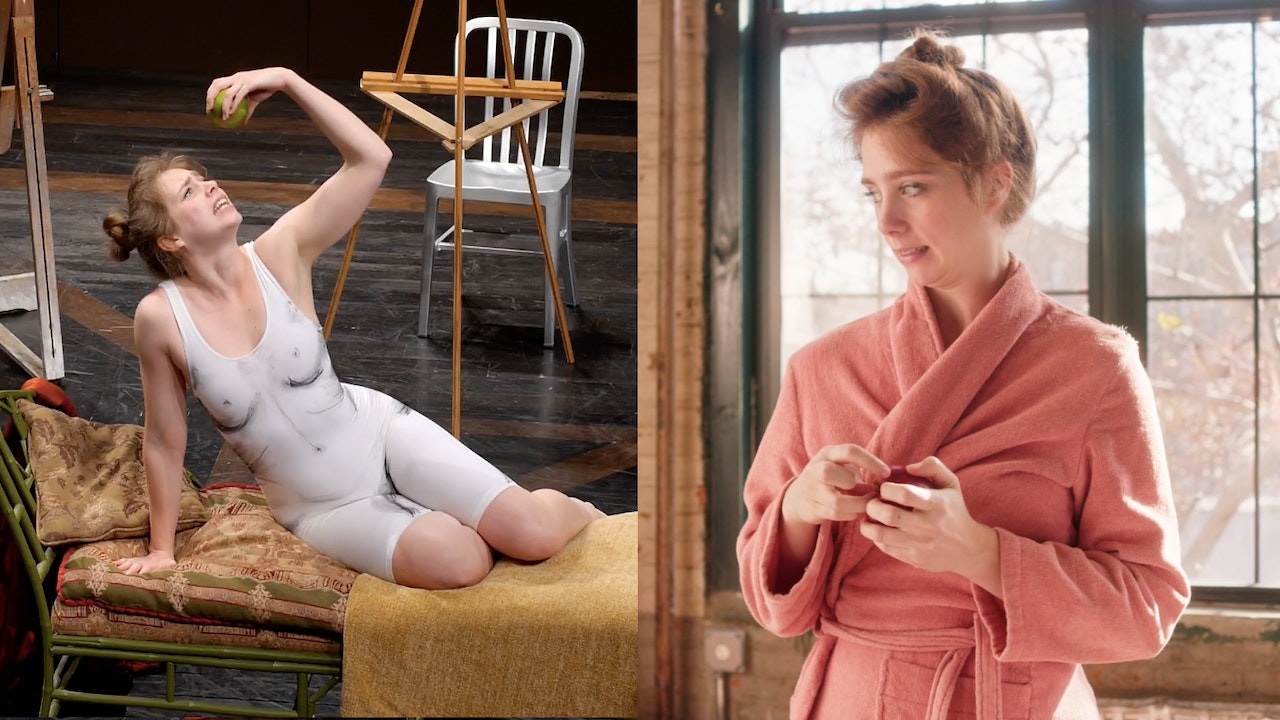